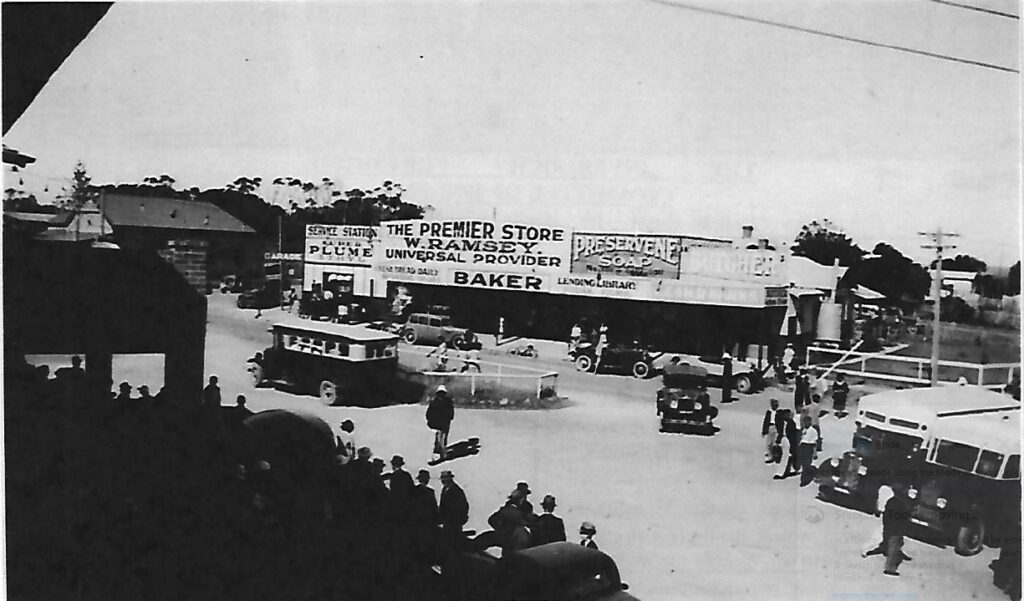 The Exhibition to be held at The Hub from 3rd. September to the 29th. September, will be our third major Exhibition. It is a new display of some of the many artifacts and materials the Society owns, stored in our numerous storage locations in private houses and properties. The Exhibition will be open from 9 to 4 daily, including weekends.

Members will be in attendance from 10 to 2 and I am hoping that all members will do their bit to support the Exhibition… by offering to put their name on our Exhibition volunteer list (Ring the President or Secretary).

Both Committeeman, Ray Burtt, and myself have been busy organizing the fascinating display, and it should be noted that everything on display is new.
Ray has centered his attention on creating a three dimensional display of the Rocket Equipment that was found originally in the Rocket Shed on The Esplanade The Inverloch Men’s Shed has cooperated in making the Rocket equipment, and we are very grateful for their considerable interest, enthusiasm and skills. Ray has spent much time in emailing organizations both in Britain and here in Victoria in striving for accuracy in what we are doing.

Lloyd Bennetts has had his mathematical and practical skills tested, by measuring the rope required for the equipment – the type of rope available, and the best method to make it look old and somewhat worn!

Once the Exhibition is finished, the model will be transferred to the actual Rocket Shed for permanent display, with appropriate lighting. It is Well to remind everybody that Inverloch is one of only three or four coastal towns currently with a Rocket Shed We are in illustrious company, along side such places as Portland, Port Fairy, Queenscliff and Port Albert. and although the first two boast blue stone buildings. one cannot bemoan our humble cedar shed with its English corrugated iron. Our ancestors – the Victorians, took the major problem of safety at sea, especially when near the coast, very seriously indeed ‘The Rocket equipment is designed tor coastal rescue, and whilst we may feel that it was grossly inadequate, for the time, it served its purpose.

Over 70 new display cards, plus donated maps, Will be on show, explaining and highlighting many aspects of Inverloch.

As one enters The Hub from A’Beckett St, the first to be seen will be portraits and information about IDENTITIES & PIONEERS of Inverloch, including such names as Ullathorne, Miller, Ramsey, Howsam and Brewster. Many of us have noted these names, along with many others, wondering who in the world they were and what they did to generally finish up with their name on a local street or road.

The Exhibition will be setup on the Monday 2nd. September, and J would invite members wishing to help in setting up, to give me a ring (5674 6159). I am hoping another communis organization will assist us in getting our current display boards from the Rocket Shed area to the ‘The Hub’. We shall start at The Hub at 9.15am on the 2nd. September. Our setting down day will be Monday 30th. September commencing at 9am.

The Exhibition will be officially opened by the new CEO of the Bass Coast Shire at 2pm in The Hub. All members, friends and other interested people are invited to attend.

The meeting was held at the Inverloch RSL. Annual Meetings are not popular for fear of being either elected to a position. bored to tears. or possibly both. I must register some disappointment in the failure to find the Vice-Presidents position unfilled, and a vacancy still on the Committee. For the record, Harry Dunn is our new Treasurer, following Rosemary Hutchinson‘s retirement after four years. I thank her for her services in a difficult role. Thank you Harry for stepping up to take on the challenge of
the Treasurer. I also sincerely thank Patsy Williams and Ian McBurnie – long standing and serving Life Members of the Society. They wall be missed, but | know that they will ‘put up their hands’ when the call for action is required in the future

I congratulate new members to the Committee – Anne Handy, Patsy & Graham Colvin. We need new ‘blood’ to hopefully inject some new thinking and future into our organization Their election is a hopeful sign.

The challenge of old photographs with people in them, always offers a new range of enquiries as to who the people are

I have included in this Newsletter a photo of six identities of Inverloch from the early 1960’s, The question posed is quite simple – we know who they are, but what were their first names? Please let us know!

Our former Secretary and member of the Society – Graham Paterson, had an accident whilst in Melbourne. He will be laid up for many weeks and we wish him well for a speedy recovery.

The former President of the Bass Coast Historical Society, and one of our guest speakers last year – Roger Clarke, has sadly passed away. He was a very active man, being the originator and editor of the Waterline News – a local newspaper which was well read, attractive and a credit to him He will be missed, for Roger had a deep and lasting interest in local historical matters

A reminder to all members that Annual Membership Subscriptions are now due ($20 for an individual and $32 for a couple).