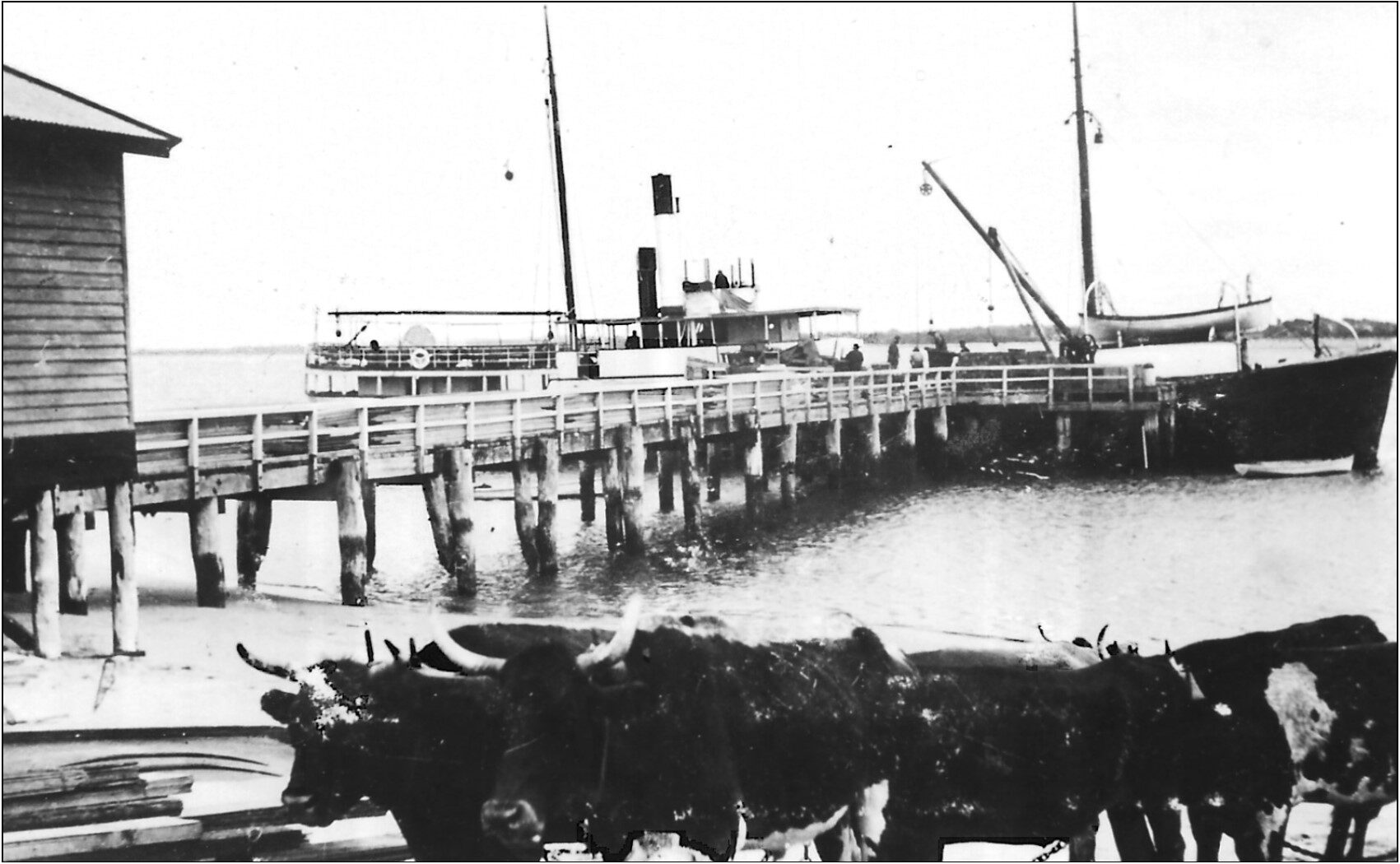 The Society, is in very busy times with the Committee and Office bearers presented with many challenges, particularly over the holiday period. Establishing our Bear St. storage involved purchasing shelving units and starting to move some items into the storage area.

Our February General Meeting was held at the Anglican Church due to a clash with the RSL’s AGM.

The meeting proved to be popular and very well attended. Karyn and Jackie from the AMAZON 1863 PROJECT Inc. were our guest presenters; they shared information about the Amazon barque and told us of their group’s aims and aspirations for preserving those parts of the ship that have been washed onto the beach; there was also a busy question time. Karin and Jackie attracted visitors to our meeting interested in the topic. As President, I have been in contact with the group since last December, through their Secretary, Karyn Bugeja and have reported the discussions to our Committee. In simple terms, the Amazon group want to establish a museum that will display and preserve notable pieces of the Amazon. They believe this Society’s aims and aspirations are very similar to their own and have suggested that we might like to cooperate to work towards an Inverloch museum that will serve a number of community groups.

Their proposal will be given serious consideration; there is great strength in presenting a case to the Shire on behalf of a number of community groups who are working to achieve shared goals. It appears very practical, and it is clear that discussions and decisions could lead to a better understanding of each group’s activities and aims and what we might do separately and jointly in the future. I hope members who were present will give serious thought to the benefits of cooperation.

In light of our failed bid to obtain support for future planning of a museum at the jetty site, which represented two and half years of effort by member Terry Hall and others, it should be noted that lessons have been learnt from that experience, and some of the many written documents, applications and discussion papers, will be useful. The 2,100 people who signed our petition, made clear that they wanted a museum and maritime centre at Inverloch. That still stands unchallenged and is still useful and potent today. Every signatory was spoken to by Terry, myself or another volunteer and received an explanation of our aims and aspirations. I believe that the Society’s standing in Inverloch is high; we have presence, and many people know of our dilemma in not having a central space at Inverloch. The Society is well recognized due to our annual exhibitions at the Hub, and through our recent Inverloch book.

It may well be that the arrival of the Amazon 1863 Project group, will help us to reinvigorate the Society, prompt us to ask some fundamental questions, and enable us to grow our membership so that our goals and aspirations will be progressed in the near future.

Preparing to Consolidate the Collection

Secretary Lynn Kirk, working steadily through the Summer break, has achieved something noteworthy – a new version of our ACCESSION REGISTER. Lynn has digitised about half of our Accession Register, which is something of an historic object in its own right, into an up-to-date computerised version. She kindly gave me a copy on a USB stick, which I have had printed and bound. The new Register has 108 pages (so far), and is beautifully and clearly set out. Our former accession man – Ian McBurnie will be delighted when he examines the copy. Lynn is to be congratulated for her major effort, which currently boasts nearly 3,900 entries!

Some of the famous early photographs of Inverloch and the pier in Anderson Inlet, show the boat Manawatu berthed at Inverloch’s pier awaiting the loading of coal.

The year is 1908; with the development of Wonthaggi’s coalfield, the Woorayl Shire Engineer recommended purchasing two allotments close to the Inverloch pier (numbers 55 & 56) to allow the Shire a better physical approach to the pier which connected through to Hopetoun St. Here is the story of those early difficulties of transporting Wonthaggi coal to Inverloch, as quoted in the book “No Parallel” – The Shire OF Woorayl 1888-1988 by John Murray.

Such was the shortage of black coal in Victoria at that time that coal was hauled by bullock wagon and steam traction engine from the coalfield to Inverloch. Steamers made regular weekly visits to take the coal to Melbourne for use in power stations and railway engines, until such time as the connecting rail link between Nyora and Wonthaggi was completed.

The first load of coal from the newly opened field reached Inverloch by bullock wagon on the 29th November 1909. Woorayl Council Shire President Peter Johnson claimed the honour of driving the team through the town to the jetty. On passing Neil’s Hotel in Sandymount Avenue, a stop was made and the drivers were treated by the host and hostess. School turned out and photographs were taken before proceeding down a’Beckett Street where another stop was made at Lohr’s Hotel. Here the drivers were invited in to toast the occasion with champagne before proceeding on their way to the jetty. Six weeks later the bullock teams were joined by a steam traction engine and four hundred tons of coal was being shipped from Inverloch weekly. Six steamers and two sailing vessels were reported in the Inlet the week before shipping ceased as a result of the completion of the railway from Nyora to Wonthaggi in February 1910.