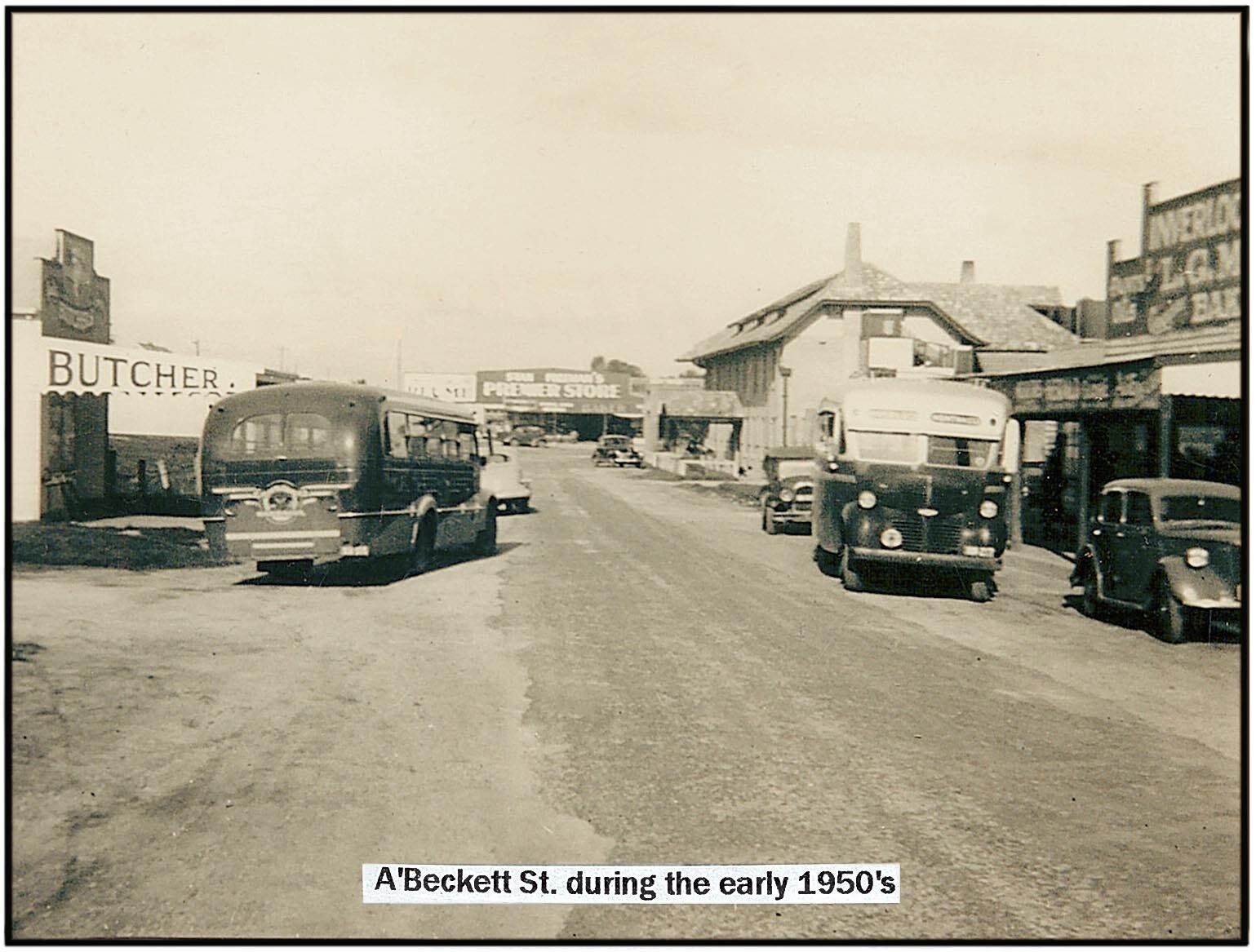 The interest of people in history, and in particular family history, with the arrival of the computer and all its associated programs, has helped enormously in research.

One of our long serving members – Ian McBurnie – handed me an article from the “LEADER” newspaper, dated Saturday 19th. October 1907.

Ian’s daughter Suzy found it on ‘Trove’, and passed it onto us, as she was sure we would be interested. My word we are!

Younger readers were invited to send in their own written works, and the subjects were of a wide ranging nature. The writer is from the Ruttle family, a name associated with the history of Inverloch. So here is the article, as printed in the “LEADER”

I am pleased to see that I got “honorable mention” again. I am going to try to tell you about Inverloch, and its surroundings.

Inverloch is situated on Andersons Inlet. The township is not a very pretty place, but along its beach there are some very nice places, especially about three miles along the beach, where the cliffs begin, which run about 8 miles along the coast.

Along these cliffs there are many pretty scenes, especially the Eagles Nest which was so called on account of eagles once building in the top of the rock. The Eagles Nest is about eleven yards away from the cliffs, and it is a high tower like rock. At a distance it looks like a light house. To get to the above place a large cave which runs back into the cliffs, has to be crossed, and if the tide is at its highest, it can not be crossed.

The chief occupations of the people are fishing, carpentering and running coaches to Outtrim. Those who have no occupation can earn their living by fencing, slitting, milking &c.  There are a few small farms outside of Inverloch township.

Inverloch is a great summer resort, and people come from distant places and stay during the summer months. The population of Inverloch is about two hundred.

Inverloch is surrounded by many small hills, Savages Hill being one of the largest. It lies about half a mile to the East and was called after a man named Savage, who was the first to live on it. To the West, the hills are not so large. The most important being Red Hill, and Panican Hill. The former was so called on account of the soil being a reddish colour. On the latter hill there used to grow a couple of solitary trees, under which was a small spring.

Inverloch not being inhabited much of that time, the people put a panican on the tree, so that any travelers could get a drink, and thus it was called Panican Hill.

The country around Inverloch is well drained, as there are two creeks (Little Screw Creek and Big Screw Creek), rising in the Noth-west. They flow West and then south entering Andersons Inlet about half a mile east of Inverloch. There is also two other creeks which rise in the west, and flow south into Andersons Inlet, entering it about half a mile apart. These creeks lie to the west of Inverloch, and their names are Hare, and Wreck Creek. The latter creek was called Wreck Creek on account of a ship being wrecked at its mouth. I think I had better draw my letter to a close, or it will be getting too long – with love to the little ones in the cot, I remain,

For our final meeting we shall be in for a real treat, for Committeeman Ray Burtt will show us, using our projector, some of our latest photographic acquisitions, including examples of improvements he has made to the original photographs.

Would all members bring along a small plate of ‘goodies’ to accompany our tea & coffee. It would be appreciated.

Our final Committee Meeting for 2019 will be held at the Uniting Church hall on Tuesday 19th. November commencing at 9.30am.

At our October meeting, we were able to view a film of the 1950-52 Inverloch and District Primary Schools’ Annual Sports Day originally recorded on 8mm. film. This was a copy of a DVD kindly lent to us by Olive Wellings, for which we are very appreciative.

Many of our members attended primary school during that time and remembered participating in the events depicted whilst some members were even able to identify themselves since they had attended the actual occasion. The races, ball games, high jump and marching as well as novelty events such as the sack race, egg & spoon race and skipping competitions were a delight, Placegetters were photographed close up when presented with their awards from a local dignitary.

The event was staged on our Inverloch Oval and the backdrop revealed fine examples of motor cars of the day as well picnickers enjoying the social occasion.

Following this the DVD recorded local children in the 1950’s performing folk dances from a variety of cultures such as Welsh, Irish, German and Dutch. All wore appropriate traditional costumes.

The third item shown was a 1930’s record taken from 8mm. film recording the construction of Pine Lodge. It had been photographed by Cal Wyeth who was the owner. It started with the felling of a number of pine trees on the property. It recorded the horse drawn chains removing the logs as well as the laying of foundations and superstructure of the building. It also depicted some formal events as well as advertising some of the activities available such as horse riding, tennis and boating.