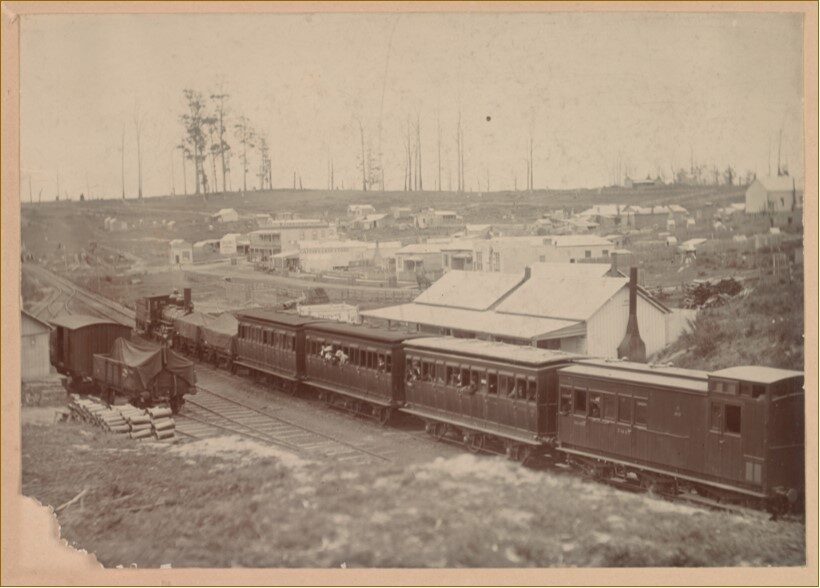 February has been an extremely busy month for the Executive Sub-committee. With planning for the September 2019 Exhibition already underway, it was decided to apply for three Community Grants from Bass Coast Shire to help with the cost of constructing two life-size displays (one on Pine Lodge, the other on The Rocket), plus materials for new display cards and banners. The experience proved exacting, demanding and meant pulling out all the stops to complete the online applications by the deadline.

Finding Storage for the Collection

As reported last month, we wrote to the Inverloch Recreation Reserve Management Committee regarding the possibility of acquiring a site at the Reserve. More recently, the President and Secretary met at the Reserve with Mark Lindsay from Bass Coast Shire Council and Chris Malone, the Reserve Committee Secretary. We were informed that significant changes are being made to the draft 10-Year Master Plan for the Reserve, and that additional building will not be permitted, in the interests of preserving open space at the reserve. However, we did discuss the option of using part of a large steel building on the Bayview Ave boundary facing the Primary School. However, some work will be required to make this area fit to store the collection. We expect to meet with the Reserve Committee in the near future for further discussions.

A Thank You To Some Hard Working Volunteers

In these demanding times, I commend the work of Lynn Kirk (Secretary), Ray Burtt (committee member) and Rosemary Hutchinson (Treasurer) for their huge input of time and effort on these projects. We await further developments.

The Significance of Outtrim

During the 2017 Annual Exhibition, we included three displays about Outtrim and its rail line and were asked several times what that has to do with Inverloch’s history. This answer is simple – communication with the outside world, especially Melbourne. For years Outtrim was the closest point to catch a train to  Korumburra and on to Melbourne, travelling on the new and impressive Great Southern Railway. Furthermore, the ‘new-fangled’ telephone came to Inverloch through Outtrim, fascinatingly strung along the fence lines of properties, and raised up with two high poles when crossing a road. I was, therefore, most interested to read a description of a journey taken in 1909 from Melbourne to Inverloch. The article was signed “Rambler”, whose identity is unknown. Below is a description of the journey to Inverloch starting at Flinders Street. I have endeavoured to clarify some matters by adding notes in italics*.

“Well, to get there take the 6.30 am train to Outtrim (changing at Korumburra), then there is a drive (by horse and cart) or bike ride of 12 miles to the little township of Inverloch. In the train, we passed through a lot of apparently very poor land mostly low lying flats and swamps (Koo-wee-rup Swamp), but no standing water at present. This having been a very dry summer and previous winter, but I think much of this land could be brought under cultivation. We crossed the main drain at Koo-wee-rup, and there was a big flow of water in it (in fact a big drainage plan had been completed successfully by the Italian engineer Carlo Catani). When nearing Korumburra the land began to improve, and as we got among the hills it got better and better, and then we saw lovely cosy homesteads, growing maize and other crops. I did not expect to see such good land and produce, as I always thought coal mining was the only industry in that part. We could not help seeing that the town itself was going down – empty shops and houses everywhere owing to a number of coal mines stopping work owing to strikes and other causes. At Korumburra we had to leave the Port Albert train (note, not Yarram). After a half hour’s delay, the Outtrim train showed up. This was composed of a small engine, about 20 coal wagons, one carriage in which there was one first class compartment, one smoker, two second class compartments, and finally a guard’s van, which was marked ‘Post and Ticket Office’ all in one, but this small accommodation was quite enough for the present traffic. Well, after a lot of bumping we got away and went up and down hills around curves where you could not see the next truck even after stretching  your neck out of the window (the Outtrim line had some very sharp curves, so speed was never possible!). Then we pulled up at Jumbunna where the guard acted as a ticket collector, porter and every other capacity in one. The same being done when we reached Outtrim. We saw many coal mines among the hills and valleys, and they all appeared to be working by the smoke and steam ascending from the chimneys. We noticed lots of miners going to work with their small lamps stuck on their foreheads. We arrived safely at the end of the rail journey, got our luggage out and had to carry it up a good hill to what you might call the station yard, where the wagon and a pair of draught horses were waiting with their feedbags on. I offered the official the tickets. He said – oh never mind, keep them till you come back. There was no red tape there.”

*I have edited this piece, and added my own notes for clarity. The whole of Ramblers’ notes add up to four pages of close type in the copy that I have. We will print more in future editions. J.H.