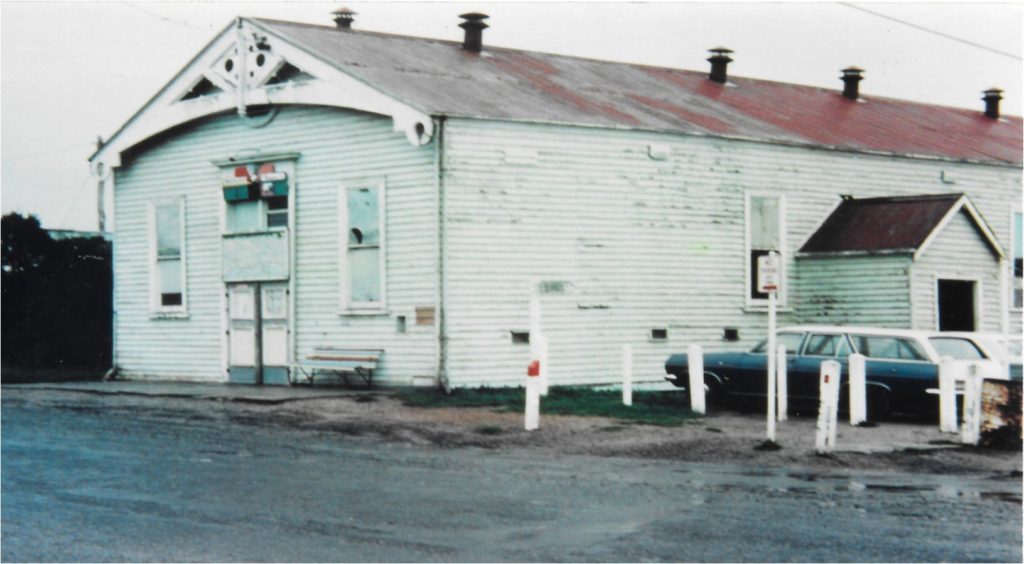 During August members were heavily engaged in our month-long Exhibition at The Hub in A’Beckett Street. We had many visitors, including children from Grades 5 & 6 at Inverloch & Kongwak Primary School, and achieved a record-breaking attendance of more than 1,000 visitors.  Our members enriched visitors’ experiences by their own attendance at The Hub and we were greatly heartened by the feedback and responses. Praise for our displays was generous and the questions asked were many and varied. As always, visitors added to our knowledge from their own family and life experience at Inverloch.

Visitors continued to ask about our plans for a permanent home for the Society’s collection. Many also asked what has happened to our submission to Bass Coast Shire and are dismayed by our failure to find a solution to this long-standing problem, despite the huge effort by members and widespread support from the town’s residents.

One point needs to be made clear. Under current Victorian legislation and government policy concerning Crown Land, it is permissible to locate a Maritime & History Museum on the land proposed by the Society, indeed there are a number of museums located on similar sites around the state. There is no ban on projects such as ours. So, what we must do is ensure that our planning and communication is exemplary and our submissions to local and state governments are thorough and professional. We aim to deal openly and fairly with any objections raised within the community and to do our best to see a museum added to Inverloch’s cultural, educational and leisure offerings.

In addition to being a significant tourism destination for Victorians, Inverloch is home to over 5,500 people (@ 2016 Census), comprising a full demographic range from retirees to young families—our primary school has 370 children enrolled. We also have business activities across the economic spectrum including retail, professionals, trades and other services, as well as primary producers who face everything that Mother Nature offers.  All of this makes Inverloch a diverse 21st-century community. Add to this mix Inverloch’s fascinating history illustrated, for example, by the reproduction ketch Ripple, the 11 ft. Moth boat (international sailing class, first built @ Inverloch), There is also the wreck of the coastal trader Amazon which is rated by Heritage Victoria as the state’s most significant and ‘at risk’ marine wreck and to be the target of substantial scientific and archaeological field work during November this year.

The Society works towards a triple bottom line of PRESERVATION, EDUCATION & TOURISM. These are serious objectives for us and we believe that most of the community supports our endeavours. To achieve this fully, the Society aims to build a modern multi-purpose building where our collection can be stored, digitised, catalogued, conserved, preserved, researched and displayed to the public.

Many will not be aware that most of the collection resides in members’ homes, sheds, garages etc. While we are grateful for this assistance, these conditions are not conducive to preservation and significantly limit our capacity to work on the collection.

In the short term, the Society needs a large storage space at Inverloch where we can bring the collection together. This need is urgent and so far unmet despite copious investigations.  If you have any ideas, please let us know.

The Society’s financial year having ended on 30 June 2018, membership subscriptions for 2018-19 are now due. The Treasurer and Secretary will be available prior to the AGM from 1.30pm to 2pm on 26th September to receive payments and issue receipts.  Subscriptions are $20 for individuals and $32 for a family.

Tickets for our annual fundraising raffle were available at the Hub during our Exhibition—$2 each or three for $5. Two prizes are on offer (first drawn got to choose) – a hamper and a reproduction of the art deco poster advertising land at Inverloch during the 1930s that used to hand in the Rocket Shed.  The raffle was drawn on the last day of the Exhibition.

I give notice that the annual general meeting of Inverloch Historical Society Inc will commence at 2pm on Wednesday 26th September 2018 at RSL Hall, 15 Bolding Place, Inverloch. The Returning Officer will declare all committee positions vacant during the meeting and the election of the four office bearers and ordinary committee members will follow.

In accordance with the Society’s Rules (Constitution), the number of ordinary (non-office bearer) committee positions will be determined at the annual general meeting before the start of voting.

Copies of the Nomination Form (below) will be available before the AGM along with the Agenda and Minutes of the 2017 AGM.

The Society’s monthly general meeting will follow the AGM.