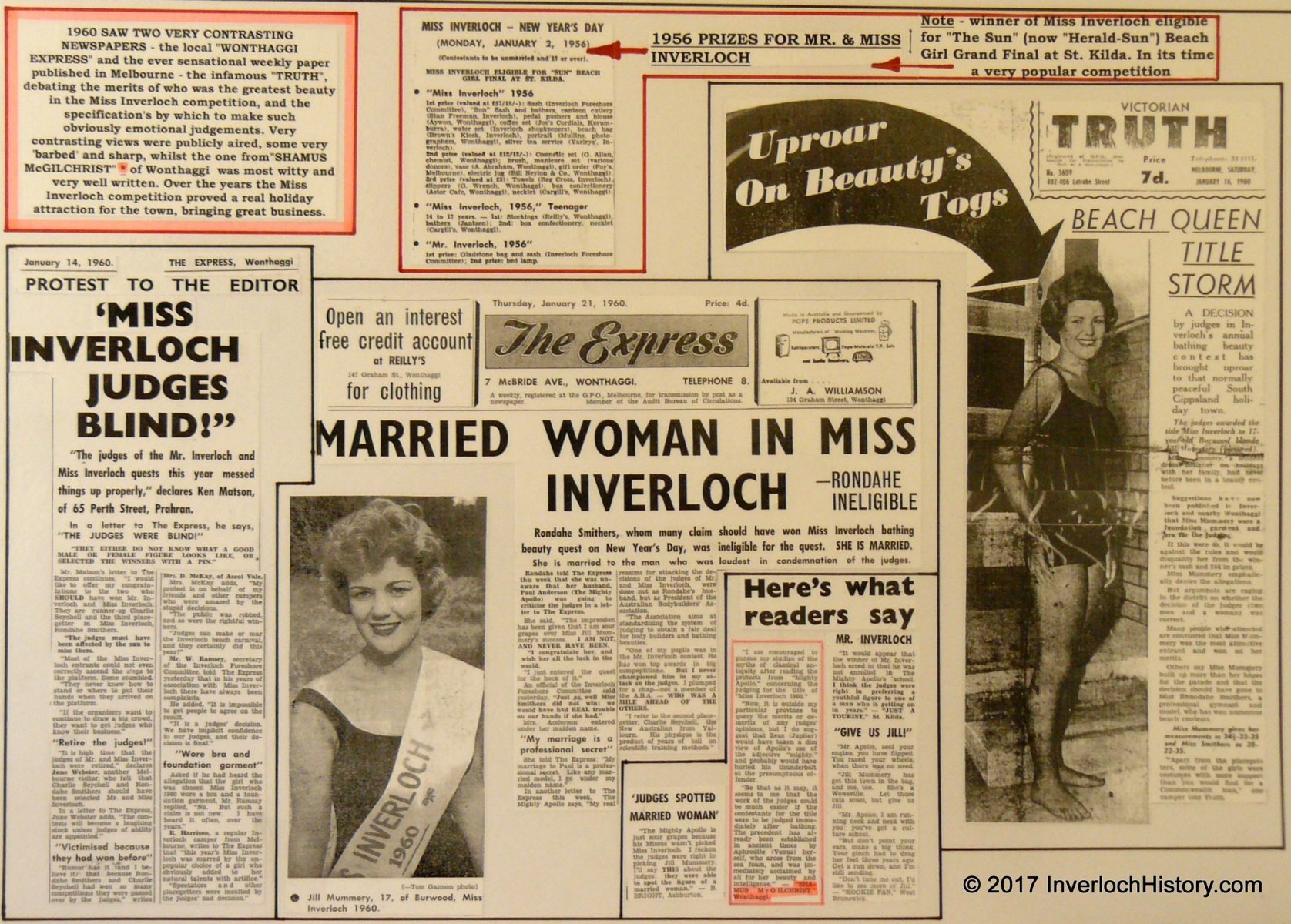 1960 saw two very contrasting newspapers – the local “WONTHAGG  EXPRESS” and the ever sensational weekly paper published in Melbourne – the infamous “TRUTH”, debating the merits of who was the greatest beauty in the Miss lnverloch competition, and the specification’s by which to make such obviously emotional judgements.

Very contrasting views were publicly aired, some very ‘barbed’ and sharp, whilst the one from”Shamus McGilchrist” of Wonthaggi was most witty and very well written.

Over the years the Miss lnverloch competition proved a real holiday attraction for the town, bringing great business.

Protest to the Editor. “MISS INVERLOCH JUDGES WERE BLIND!“

“The judges of the Mr. Inverloch and Miss Inverloch quests this year messed things up properly,” declares Ken Matson of 65 Perth Street, Prahran.

In a letter to The Express, he says, “THE JUDGES WERE BLIND!“

“They either do not know what a good male or female figure looks like, or selected the winners with a pin.”